(The following blog post is the second in a three-part series written by Man Up and GoChampion Jeff Ford. Part one – 3 Things to Know Before You Go – may be found HERE.)

After examining the reasons why you might serve on a short term mission trip, and concluding your motive is pure, you’ll probably want to know the answer to this question – what can I expect?

Here are three things you can expect from a short term mission trip.

We live in a tumultuous world, filled with anxiety, strife, and uncertainty. And while we might not be certain of where the political winds will blow from year to year, we can always be certain of the God who makes actual winds obey Him (Mark 4:39). Oswald Chambers puts it this way: 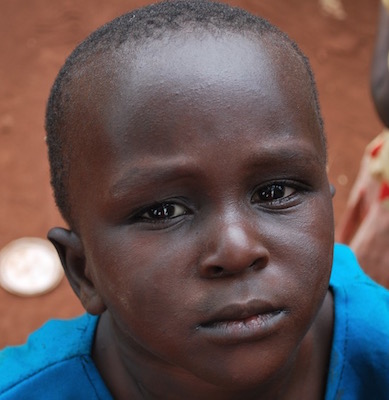 We are sometimes uncertain of how to tackle the poverty problem or the world orphan crisis; surely it can’t be done in one mission trip. However, serving Jesus with the right motive and a humble heart is the most settling, peaceful, wonderful, joyful, most perfect place on earth. It is, without question, God’s will for your life (see Matthew 28:19-20). Nowhere is peace more present than when we’re in the middle of God’s will. (Side note – you can have it every single day of your life!  We should always be on mission for the Lord – Colossians 3:23).

2.   The thrill of taking a calculated risk.

If you’ve never taken a risk, then you’ve never really trusted. Paul said in 2 Corinthians 5:7 that “We live by faith, not by sight.” As Corrie Ten Boom put it,

When a train goes through a tunnel and it gets dark, you don’t throw away the ticket and jump off. You sit still and trust the engineer.

Faith is not unreasonable; it’s a rational decision to entrust oneself to a God who knows just a tad bit more than we do. The very Greek word for faith – pistis –  means the “conviction, trust, or confidence in the truthfulness of anything.” We have faith that God will one day eradicate poverty and eliminate the word orphan from our vocabulary; we have faith He is a Father to the fatherless and defender of widows (Psalm 68:5). What if we risked participating in that which God has already declared true? Kind of turns the table on our perpective of “risk.” 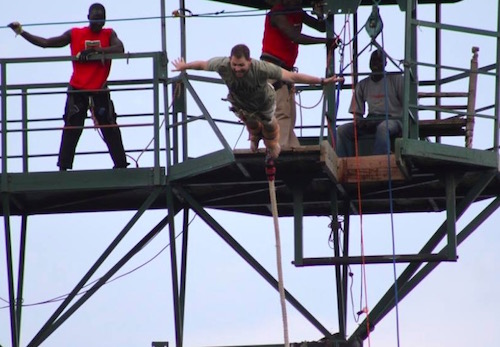 If you volunteer on a short term missions trip, it is, in a human sense, risky (maybe even a touch more risky on a Man Up team that rafts the Nile River or bungee jumps on our “refresh” day). But this risk is mitigated by calculating that the God of the Universe has called you to do it. When He comes thru – and He will if He’s called you to the task – there’s no better experience on earth. Betting on Jesus always pays off.

3.   Participation in an eternal mission.

No matter what you think about the killing of Osama Bin Laden, participating in the mission as a member of the now famous Seal Team 6 must’ve been an incredible feeling. (If you’ve seen the movie, you know what I’m talking about.) Exhilarating as it was, it pales in comparison to the apostles. Once they were filled with the Holy Spirit of God, nothing could stop them from advancing the Gospel forward (not even beatings, floggings, stonings, jailings, famines, shipwrecks, and yes, death). Even the Pharisees realized this, as the teacher Gamaliel told his brethren in Acts 5:

Men of Israel, consider carefully what you intend to do to these men. For if their purpose or activity is of human origin, it will fail. But if it is from God, you will not be able to stop these men; you will only find yourselves fighting against God. – Acts 5:35,38-39

Conducting a mission to take out a tyrant could be considered worthwhile mission, but let’s be honest, it could’ve failed. How many other military missions have ended in disaster? How many of your personal plans and dreams have you abandoned? Ultimately, everything man does apart from God takes a backseat to the eternal mission of spreading the Gospel of Jesus Christ. Man’s words will pass away, but the Word of the Lord remains forever (Matt. 24:35).

Nothing will stop the Kingdom of heaven from advancing forward, not even the gates of death and hell (Matthew 16:18). Risking the comforts of home to advance God’s Kingdom (and push back hell) is a “heads I win, tails you loose” proposition – with the proper motive, it’s a guaranteed, eternal victory.

That’s what you can expect on a short term mission trip.