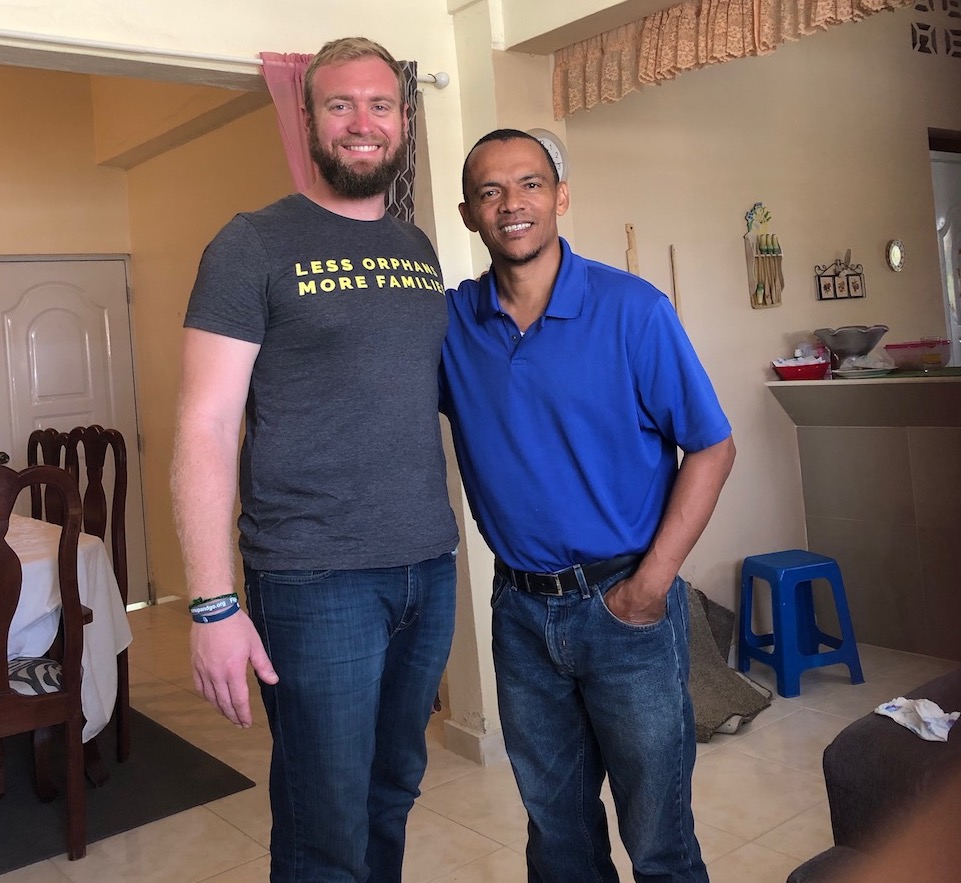 Latest from the Dominican Republic

The following blog post was written by Man Up and Go Director of Operations, Luke Sawyer.

I recently traveled to the Dominican Republic for the first time as the Director of Operations with Man Up and Go. Specifically, this trip was focused on connecting with current as well as potential ministry partners as MUG determines future direction for partnerships in the Dominican Republic.

Upon touching down I spent the first afternoon with some of the members of Fellowship of Christian Athletes, with whom MUG has partnered the past two years on Men’s Leadership Development Conferences. These conferences aim to equip coaches being impacted by the ministry of FCA.

After my time with FCA, I went into Santo Domingo (the capitol, 3 million people) to sit in on a conference with Set Free Ministries, in addition to spending time with Kendar and Hozanna Robles in an area called Los Tres Brazos. We see Kendar and Hozanna and their ministry under Iglesia Bautista Getsemani and Centro Cristiano de Capacitación y Ayuda Infantil as an amazing partner moving forward.

Kendar and Hozanna are originally from San Pedro de Macoris (where we formerly lived) and have been ministering in Los Tres Brazos for 20 years. They are working in an incredibly tough context as the community is built into a trash dump (basurero in Spanish) and is steeped in every sort of misery one could imagine.

In my time walking the community with Kendar, we walked through ankle deep mud and sewage, talked with individuals picking through garbage with open sores, encountered children walking through the dump naked, came up on drug deals, and visited with widows living in extremely substandard situations; all in a four hour walk through the community. This is the context in which Kendar and Hozanna are working day-in-day-out with very little outside help and a lot of prayer.

Their ministry outside of the church offers youth programming attempting to pull kids out of their situation and offer hope for a better future, a school for preschool and kindergarten where the children receive an education as well as meals Monday-Friday (50 kids), and a separate feeding program (30 people) on Monday, Wednesday, and Friday.

Man Up is looking at the possibilities now of opening up child sponsorship with the children in the program as well as some creative ways for Kendar and Hozanna to generate income into the program and build towards a more sustainable funding model. Please pray for Kendar and Hozanna, their team of six volunteers, the hearts of those they are impacting, and the partnership we are entering into with them.

See below for my interview on the dump with Pastor Kendar.