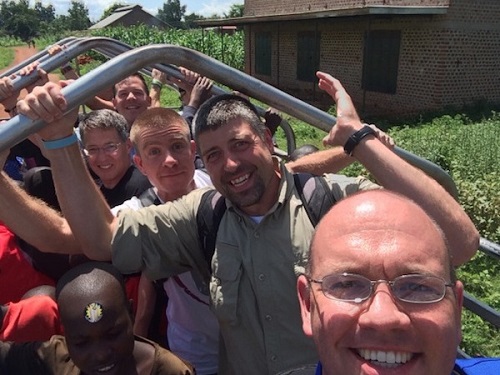 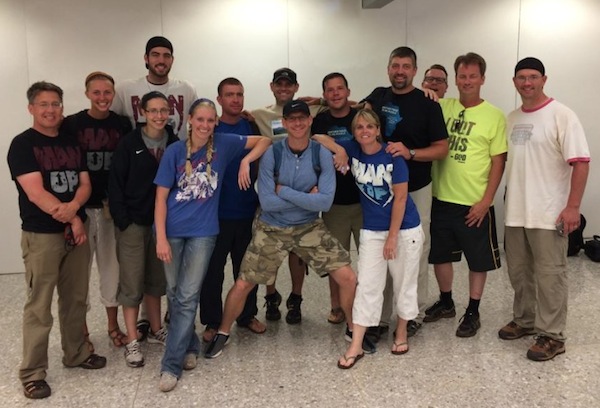 This year’s first Man Up team has now been back in the States for a week, and they are settling in after an amazing time in Africa. If you were to ask the leaders the one takeaway from this year’s trip, it would be this: God is more concerned with His plans than our plans. The May 27 – June 7 trip was slated as “visiting orphans and men’s conference trip,” but it turned into an evangelistic and harvest reaping trip! It’s amazing to see what God can do when we remain faithful to His agenda and not ours.

We did have a theme for our Men’s Conference: Stand Like Men (based on 1 Corinthians 16:13). We firmly believe that mitigating the world’s orphan crisis begins with strengthening the family unit through strong male leadership. According to the US Census Bureau, the number of children being raised by single mothers has more than tripled between 1960 and 2000 (Current Population Reports, P20-537, Table CH-5. Washington, D.C.: U.S. Census Bureau, 2001). This number has only increased in the last decade, and affects Africa just as much as America.

While God has given women the strength to endure, it was never His design to have them shoulder the responsibility on their own.  Our ministry partners in Uganda have made it clear that encouraging the men to act like their namesake is a top priority in slowing orphan growth. With that in mind, we readied our curriculum and were ready to share  with the boys and men.

The trip started in Kampala with our ministry partner Return Ministries. Our hosts were Pastor Samuel and his lovely wife Sarah. Here are some of the highlights from our time there:

The 40 praying to receive Christ was a huge surprise. Many responded to the alter call, and a Man Up team member specifically walked them through their decision to make sure they understood the free gift of salvation.  You never know whether or not someone is truly saved, but we are praying the Spirit moved in real and concrete ways to bring many sons to glory that day.

During our Kampala stay, one Man Up contingency was able to visit Tukutana, a ministry started by Roxanne Robins, a very good friend of the ministry who now lives in Clearwater with her adopted Ugandan son, Wasswa. During our stay there the team was able to set up a mini golf course and play the first International Man Up Mini Golf Tourney. Roxanne has been teaching the kids how to golf, so this was a special treat. The team also got to pray over the Sunday and the other leaders there, as we do every ministry partner. 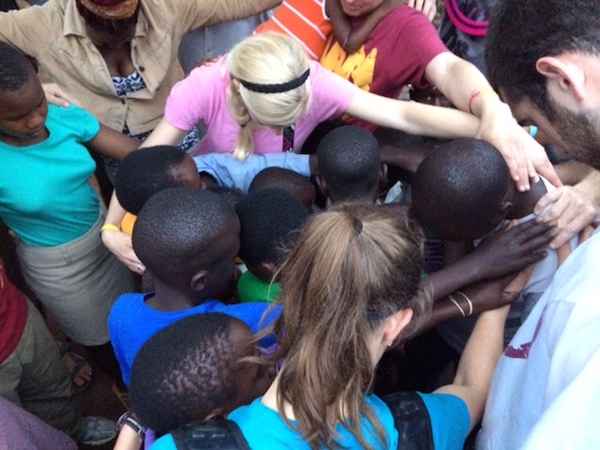 The team then traveled to Kibuko District, where they stayed just about a half day with Pastor George and his wife Sylvia.  Here are the highlights:

Our next stop was Pallisa in rural Uganda. Pastor Samuel and his wife Mercy were our hosts there.  Among other things, Sam pastors the River of God church there and runs Kerith Children’s Home with his wife, Mercy.  Some of our highlights there:

Our last stop was in Jinja, where we were hosed by Pastor Andrew and his wife Juliette of Home Again Ministries. While we had some unforeseen setbacks (main conference was cancelled unexpectedly), we once again took our team “flex pill” (flexible pill) and watched God move:

It was truly unbelievable to see God move. 90 Ugandans professed Christ for the first time who may have never heard of Christ if our original plans had stayed in tact. Just, wow.

A few team members were able to visit Pastor Godfrey and his wife Florence of Pillars of Hope for just a brief afternoon. During this visit they:

Beyond this, the Man Up team had a very exciting moment that jumpstarted the salvations in Pallisa. At the end of the Sunday service an alter call was given, and no one came forward. Pastor Samuel moved to dismiss and one of our team members came forward and said he’d like to say something: “I had to come 7000 miles from home to realize that I had never actually surrendered my life to Christ,” and broke down in tears of salvation! Praise the Lord!

In response to this salvation, as we headed back to Jinja the next day, the entire team was baptized in the Nile River in a show of solidarity with our brother. It was an unplanned stop for us, but had been written down in God’s book before it ever came to be (Psalm 139:16). 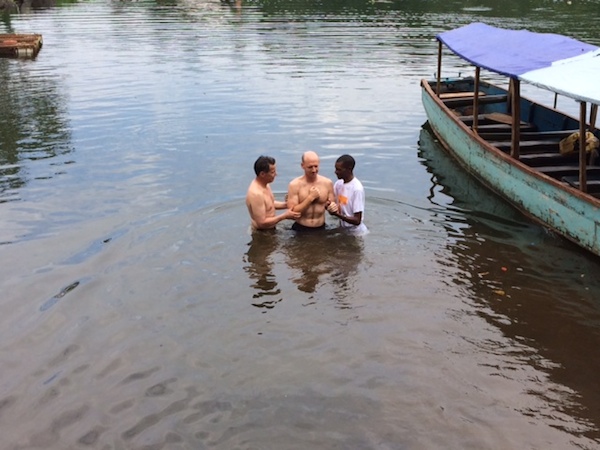 The team also had an exhilarating “rest” day on a 4 hour ATV tour through the African bush, much of which led us past rural Ugandan homes and families. It was a ton of fun, but also a great look at how many Ugandans live in remote and rural Uganda.

We culminated our trip with a team bungee jumping expedition. Even some of the “safest” team members decided to jump, and we have a commitment from Pastor Samuel (Pallisa) on video to jump with the team next year.

This is all part of the “Man Up” culture we imbibe. As Jesus said, He came to give life and to give it abundantly (John 10:10)!

All in all, this was one of the most challenging, yet rewarding Man Up trips to date. God moved in ways we surely didn’t see coming and left no question unanswered in terms of Who was in charge of this mission trip.

Not only that, but we’re not done! A second Man Up team, led by Jim Lester and Eric Allen, leave for Uganda tomorrow. In addition to orphan care, they will be following up on the professions faith from the first trip to help disciple those men and women and students.  They will also be providing cheap physical labor, helping to clear land for a Eucalyptus Tree Farm project in Jinja, as well as building the aforementioned chicken coop for Pastor Samuel. We pray you will  stand with us in prayer for them.

God is definitely moving and we’re just glad to be along for the ride. We’d love to have you join us as well. Will you be praying about how you can support God’s work through Man Up? Over the next few weeks, we’ll be featuring individual stories from members of this year’s team. We pray you might considering “Manning Up” next year and go on a trip, or even just donate financially to help our ministry. We thank you in advance for your support in helping us advance Isaiah 1:17 and James 1:27 as best we know how.