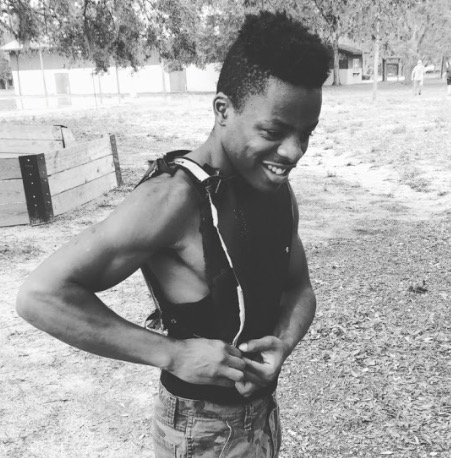 The question is often posed to us, “We love what you’re doing overseas – are you doing anything locally?” The answer to that question has always been, “Yes and no.”

Yes, because we energize American men to come on a trip internationally with the hopes that this exposure will lead them to fight for the fatherless upon their return. We also have our annual RAGBRAI Man Up and Go team which brings awareness to the cause by biking across Iowa every year.

No, because we haven’t had a formal program in the United States other than encouraging past trip members with ways to stay involved internationally.

However, in May of this year, that all changed, as we rolled out Operation Fighting Fatherlessness in Pasco County, FL. This initiative was a 6-months-in-the-making effort to roll out our domestic platform by doing what we do internationally – love big on the fatherless and get men engaged in the fight for the fatherless.

On May 18, 14 men from around the country (mostly in Florida) set out to make a mark in Pasco and to spur themselves and the community of men around them to take an expanded role in caring for those without earthly fathers. These men sacrificed time and raised money to finance this community effort.

We started by doing some team-building on Thursday night and watched the documentary film, Man Up and Go, which really set the stage for serving.

On May 19 we split into teams to serve two important agencies who are already fighting for the fatherless: Cornerstone Pregnancy Center (Dade City) and Gulfside Elementary(Holiday).  We read to the children and encouraged women at the center, just trying to show the love of Christ.

From there we had young men from Camelot Community Care (Tampa) – an agency that helps aged-out foster kids (ages 18-23) get jobs and finish their schooling – join us for a fun-filled afternoon of paintball, rock-climbing, football, obstacle-coursing, and just hanging out. It was an exhausting, exhilarating day of building relationships with these men, most of whom do not know or are estranged from their earthly fathers. 18 young men joined us for the afternoon.

May 20 began with heading to meet up with the clients of Oasis Pregnancy Center(Land O Lakes) and deliver various donations of diapers, wipes, and other Oasis needs. We were able to play with some of the children from the families represented, talk with them, and encourage them. We also have to give a shout-out to Harvey at the Holy Trinity Lutheran Church for providing the hot breakfast for us all!

From there we made our way to Rotary Concourse in Hudson, and were blessed by a group who coordinates Jeepin’ for Justice, a non-profit which raises money for law enforcement. This group, headed by Farrell Roofing owner Steve Farrell, provided 10 “monster-truck” jeeps for us and the young men from Camelot to go muddin’ in.

Our guys had a blast building relationships and getting stuck in the mud. Literally.

On the afternoon and in to the evening of the 20th, we put on our first ever Operation Fighting Fatherlessness Community Event.

Our men helped set up and conduct this symposium where 15 other agencies joined us in a concerted effort to make the community aware of the problem of fatherlessness in both the county and our nation, and how they could get involved to do something about it. The following agencies worked hand-in-hand with us to bring awareness to the Pasco County community:

We had a great turnout for our first event, with food donated by Hungry Harry’s and music by Hearts of Heroes, a local family band of sisters, two of whom have been adopted from the foster care system. We collected names of those interested in learning more about adoption, foster care, mentoring, or a variety of other ways to fight for the fatherless in their own backyard. Our prayer is that God uses this event to spur on a movement of men and others who will rise to the challenge to “care for orphans and widows in their distress,” which the bible tells us is “true religion” (James 1:27).

It’s also important to note that one young man gave his life to Christ as a result of these efforts and a mentoring relationship between the men of Man Up and the young men of Camelot Community Care has begun due to these efforts. If we’re going to get serious about breaking the chains of fatherlessness, then we need men like those who served during Operation Fighting Fatherlessness to band with us in this common cause. Our world is a better place when Dads are loving their kids as God loves His.

Will you join us in the fight for the fatherless? Use the Contact Us page if you’d like to see how you can coordinate an Operation Fighting Fatherlessness in your community.