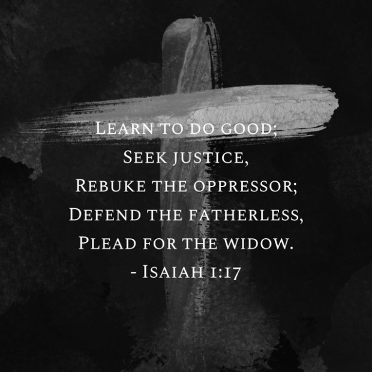 If you’re watching the news or social media feeds, it appears the world is on fire. In many respects it is.

The bible tells us that for the time being, God has handed a certain amount of authority over to Satan as the “prince of the power of the air” (Eph. 2:2).

The bible also tells us that with this power, he is “the god of this age [who has] blinded the minds of unbelievers” (2 Cor. 4:4). Therefore, we shouldn’t be surprised when the world has seemingly gone to hell – after all, that’s where Satan dwells.

Jesus called Satan the “ruler of this world” (John 12:31). A world without Christ is hell on earth, as we are seeing.

When Jesus was tempted in the desert, Satan offered Christ “all the kingdoms of the world and their glory… ‘if You will fall down and worship me’” (Matt. 4:8-9). Surely the Scriptures indicate that Satan’s dominion is this earth, and he must have some kind of temporal authority or power over it.

Unlike the jokes we tell relaying the equivalency of lying lips and politicians opening their mouths, Satan’s actual language is the language of deception. Jesus said, “there is no truth in him [and] when he speaks a lie, he speaks from his native tongue, for he is a liar and the father of lies” (John 8:44).

Putting the pieces together provides us a clear picture – Satan is a liar, he has been given some kind of power on this earth, and he is using his platform and window of opportunity to sow discord, hatred, confusion, disinformation, distrust, gossip, and yes, even murder, in his “kingdom.”

Many in the evangelical space want to give Satan credit for everything bad. Or they want to ignore him altogether since Jesus defeated him on the cross. The reality is, somehow, Satan is wreaking havoc on the earth, and he’s doing it under the complete dominion and overarching governance and sovereignty of God. Remember, Satan had to ask permission to do anything to Job (Job 1:9-12).

God controls it all, from beginning to end. “All my days were written down in Your book before one of them came to be” (Psalm 139:16).

What does this have to do with today’s #PRAY127 request? As you know by now, Man Up and Go works very closely with one of the most marginalized groups in human history – the fatherless.

Over and over again we see that God has a special place in His heart for the fatherless. Having designed the family, He obviously knows the important role Dad plays. From our vantage point, when Dad’s absent, the world burns.

Racism is a poisonous scourge on America. There were, unfortunately, far too many men in our nation’s history whose daddy’s didn’t teach them the heart of God. In essence, these men were fatherless, and they bought into the lie of the ruler of this world, rather than look to the ruler of the universe.

The great thing about the bible is that it provides the character of God for us to model. He’s the same God yesterday, today, and forever. Yes, He’s revealed Himself to humans progressively over the ages, in His own perfect timing and wisdom.

But the God who eternally existed before space and time imbibes same qualities as the God of the Old and New Testaments. The bible word for that is “immutable.” Unchanging. And our unchanging God has a particular quality about Him that we must acknowledge as we see the world burn with racism and its effects.

That quality is this – impartiality.

“For the Lord your God is God of gods and Lord of lords, the great God, mighty and awesome, who shows no partiality nor takes a bribe. He administers justice for the fatherless and the widow, and loves the stranger, giving him food and clothing.”

“You shall do no injustice in judgment. You shall not be partial to the poor, nor honor the person of the mighty” (Leviticus 19:15).

Jehoshaphat brought the people, who had strayed, back to this point as part of his reforms,

“Now therefore, let the fear of the Lord be upon you; take care and do it, for there is no iniquity with the Lord our God, no partiality, nor taking of bribes” (2 Chronicles 19:7).

Right after our favorite verse about caring for orphans (James 1:27), James 2:1 instructs us to,

“not hold the faith of our Lord Jesus Christ, the Lord of glory, with partiality.”

When we elevate someone because of their wealth, social status, rank, ethnicity, or race, we,

“show partiality among yourselves, and become judges with evil thoughts” (James 2:4).

The book of Colossians reminds us that we cannot hide from God and will answer for our sins, because with Jesus,

In talking how to conduct oneself in a master/slave relationship, Paul reminds them both that,

In speaking of our salvation, we are reminded salvation and judgment are both saved for us all,

Clearly, the topic of partiality is important to God. The inherent dignity and worth of all human beings is God’s idea (Gal. 3:28, Col. 3:11). We cannot, in good conscience, elevate the intrinsic value of one human being over another based on any single characteristic, personality trait, or ability.

The wonderful (yet initially terrifying and uncomfortable) truth of the Scriptures is that we all need a Savior. Yet because we’re made in God’s image, He does not withhold this Savior from any one of us (Rom. 3:22).

Ironically, when we peel back the nuances of God’s impartiality, we find that He actually IS partial to those, who, in Satan’s demonically-influenced world, become marginalized because of the selfishness and sin of those who buy into Satan’s lies.

Turns out that children without parents and elderly women without husbands are high on God’s list (James 1:27). They’re still responsible for their sin, and they don’t have any more intrinsic worth to God than the major league baseball player, Hollywood actress, or world leader. But they do engender a particular advocating for which others don’t.

Our hearts grieve over the racial injustices that have purveyed this nation for too long. Without minimizing this injustice, we also grieve over the marginalization of the fatherless and the widow, so often cast aside as dispensable in a world system devised by and influenced by the evil one.

Our #PRAY127 request this week? That we as Christ-followers may do what the Lord asked of us through the prophet Isaiah: